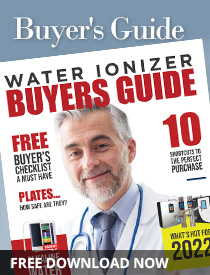 Do you know that alkaline water that’s made from water ionizers can provide excellent health benefits to your body and long-term health?

Aside from providing health benefits – one key feature of water ionizers that certainly deserves the spotlight is filtration.

Read on as we break down:

What is an Alkaline Water Filter?

To enjoy a life filled with good health – it’s essential for you to have access to clean drinking water.

Unfortunately, thousands of people across America live in areas where their tap water is contaminated and unsafe to drink…leaving these people to wonder how and when they can get access to clean drinking water again.

Water ionizers filter your water and remove any harmful bacteria and contaminants found before converting your regular water into alkaline water. (through the process of electrolysis)

Filtration is one of the most underappreciated and overlooked components of any water ionizer machine – likely because many people don’t understand that the first thing that your water meets when going through the machine is the alkaline water filter(s).

Since the industry is filled with tons of ionizer brands (big and small) – you’ll want to keep in mind that not water ionizers are created equal.

So, when looking at these machines – we recommend that you pay special attention to the alkaline water filter system used in both electric and non-electric machines.

An electric water ionizer is built with either a single or dual filtration system that cleans the water. Through rigorous testing – we have found that the electric machines with dual filters can consistently filter your water better than the single filtration machines.

Non-electric water ionizers, on the other hand, instead use multiple filters to remove contaminants and bacteria before converting your tap water into alkaline water.

What Toxins Are Found in Drinking Water?

Here’s a scary thought: There are THOUSANDS of dangerous contaminants and toxins that could be hiding out in your tap water right now.

Some of the most dangerous toxins that are found in your drinking water that an alkaline water machine can remove are:

A water ionizer with a 2-bank filter installed will remove these additional contaminants:

Toxins are not allowed!

It’s VERY important that you have your local tap water checked for these dangerous toxins, among others. But first – you’ll need to know where your local water supply comes from.

Your water supply comes from either public or private water systems.

Public water systems are typically non-profit systems that are managed by state or local governments, with rates monitored by the state’s public commission.

Public water systems are required by the Public Notification Rule (PN) to notify their customers when:

To comply with the EPA’s regulations – public water systems regularly test their local water supply for around 90 contaminants to ensure that regulated contaminants are properly identified at levels that can pose a risk to human health and are dealt with in a timely manner.

Here’s what you need to know about private water systems and private drinking water wells:

Currently – the EPA doesn’t regulate private drinking water wells and they won’t even recommend standards or criteria for these private wells.

However – the EPA does offer information on the importance of testing private water wells, as well as guidance on any technologies that can be used to remove or treat contaminants.

If your local water supply comes from a private drinking water well…we recommend that you check with your local health department or public water systems that use groundwater for more information on contaminants of concern in your area.

Top Water Ionizers to Filter Toxins from Your Water

If your local water source contains even one of the dangerous toxins that we mentioned above – we recommend that you purchase a water ionizer from one of the brands below.

These specialty water ionizers use advanced filtration systems that can help remove lead and chlorine from your water, as well as many other harmful toxins and contaminants.

Note: To help remove nearly all the mercury, beryllium, and uranium from your regular water – a 2-bank pre-filter must be fitted.

Note #2: If you live in an area with high levels of fluoride in the water…a 2-bank Fluoride pre-filter must be installed to completely filter out the fluoride from your water. 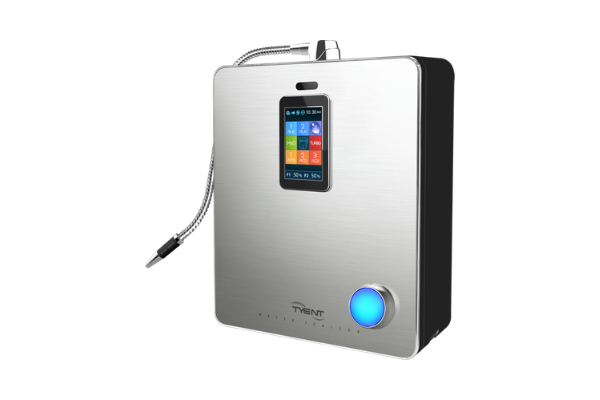 Tyent’s new 13-plate ACE-13 machine is the best countertop model on the market, stacked with never-before-seen industry features, such as:

The ACE-13 is eco-friendly and uses an upgraded 7th Generation SMPS Plus power source, solidifying the ACE-13 as the most powerful countertop machine available today.

Tyent water ionizers also use ULTRA-PURE dual filters that can remove more than 200 contaminants from your tap water – such as 99% of lead and UP TO 99% of uranium, chlorine, mercury, beryllium, and fluoride (if a two-bank or four-bank pre-filter is fitted). 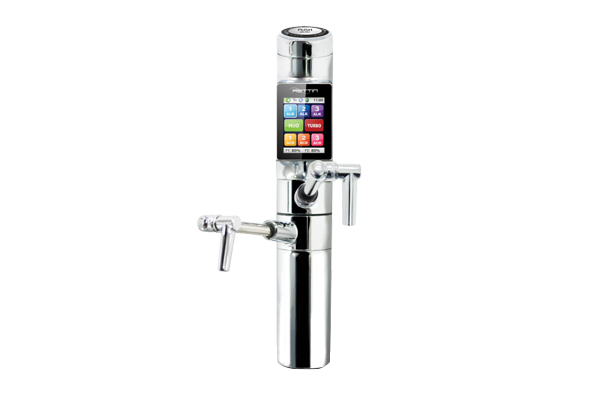 We recently rated the Tyent UCE-11 water ionizer as the #1 under-counter machine on the market…and it’s pretty easy to see why we did. 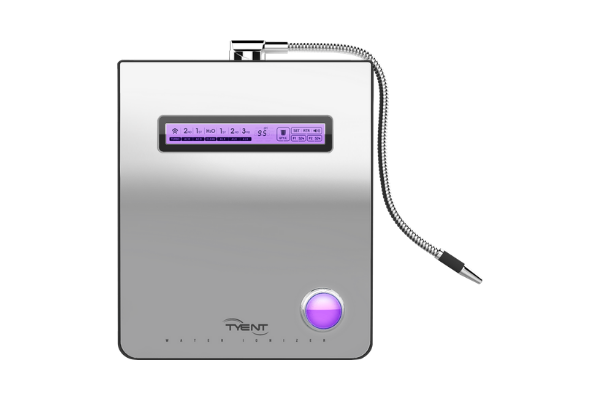 The Tyent Edge-9 Turbo water ionizer has a handful of the same features and capabilities as the ACE-13 and UCE-11 machines, such as:

However, the performance and quality of the 9-plate Edge-9 Turbo fall short to the ACE-13 and UCE-11. Click this to find out why. 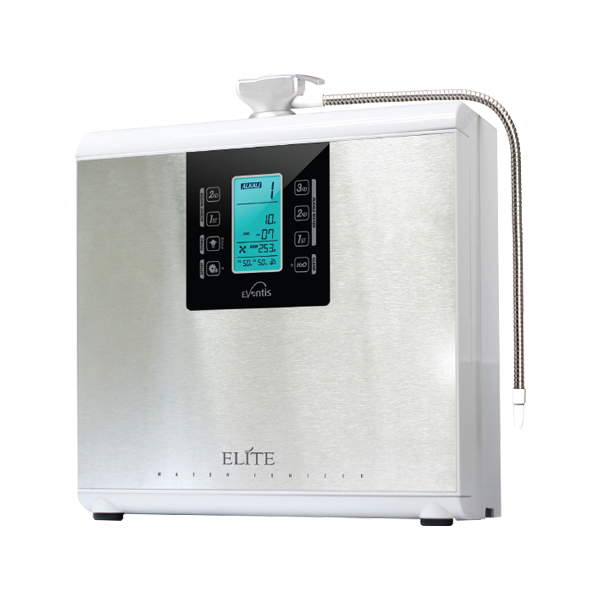 Say goodbye to these toxins with the Evontis Elite water ionizer – the select MLM machine on the market.

This machine also comes with features such as fully adjustable presets and voice-guided assistance that cement the Evontis Elite as a well-performing and easy-to-use water ionizer.

What are the Benefits of Alkaline Water Made from Water Ionizers? 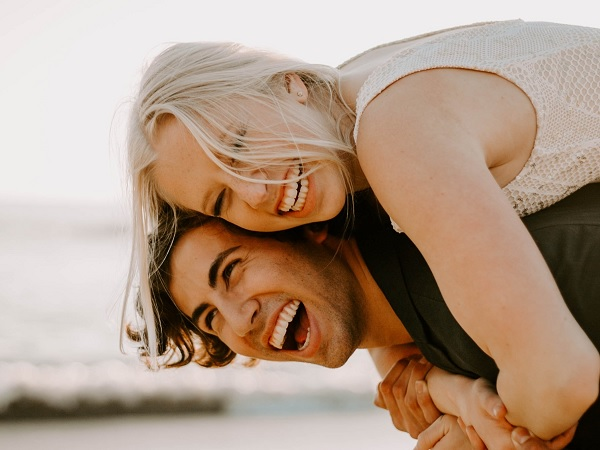 Smile from the inside out with alkaline water made from water ionizers.

Alkaline water that’s made from high-quality water ionizers is vital to your overall health and longevity.

Some of the benefits of alkaline water that are made from quality machines include:

But before you can enjoy getting some of those ionized alkaline water benefits, you’ll first want to learn what exactly is hiding out in your water supply, so that you know what the right machine is to purchase.

We really like this FREE Water Report that you can request from Tyent that will detail what toxins, bacteria, and contaminants are in your water.

You can also head on over to these water ionizer reviews to learn about some of the other water ionizers with good filtration capabilities.

and acids that drain from the tissues and bodily fluids, and to quickly rehydrate the body 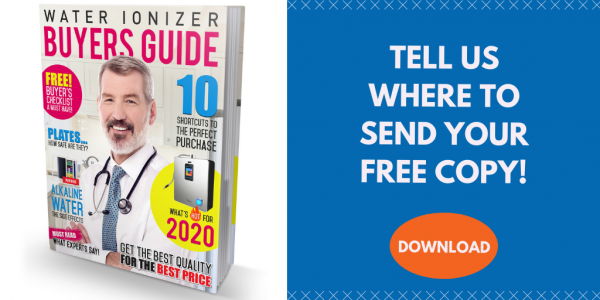 SHARE this article with anyone you know who is currently dealing with toxins in their drinking water!

Up Next: 7 Reasons to Replace Your Brita Filter with a Water Ionizer